Review of the Leopard 51 Power Catamaran 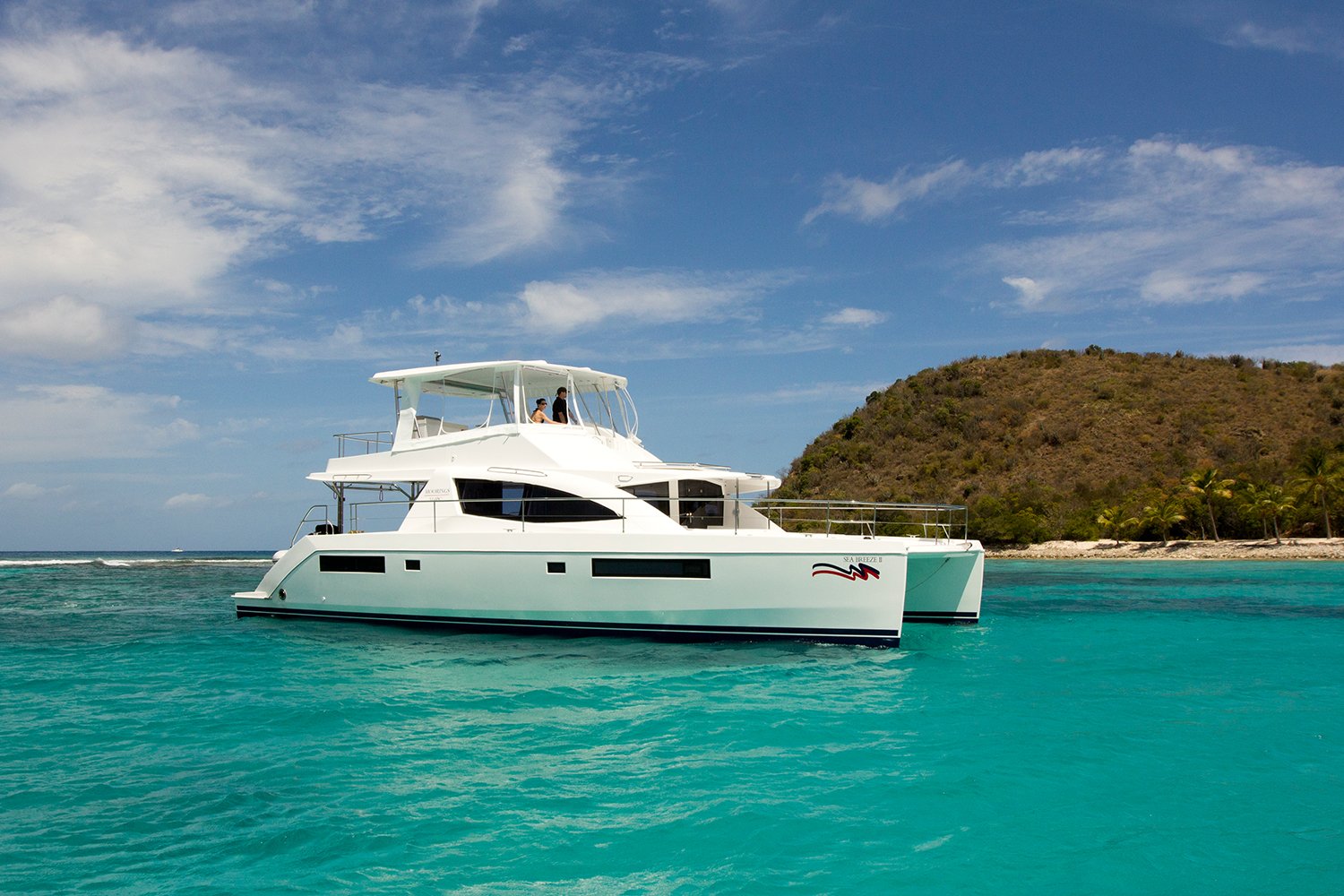 Our Leopard 51 Power Catamaran has proven to be a popular model among customers and the industry. See this review written by one of our expert sales agents.

The 51PC has been a hugely popular model in the fleet as well as privately. The original idea came back in the days of the 47 sailing cat. The Moorings noticed many boats coming back from charter with the stackpack still zipped up and the mainsail seeming not to have gone up for the week. This was the start of Nautic Blue and the first Lion powercat model. The concept became a success by the time of the 47PC as production was able to be scaled up with the design sharing much of its platform of the 46 sailing cat. Nautic Blue became Moorings Power and the 51PC share much of its DNA with the 48.

Interior wise you will not notice any difference to the 48 unless you start looking inside or behind things. Main point you will find under the aft cabin berths are the engines. The Yanmar 8LV 350/370 are easily accessible with an electric strut to raise the hatch. There is a well laid out engine bay that is rare to see messy and easy for regular checks or top ups. The engines are probably one of the biggest changes that has made the 51PC really successful over its predecessors. Horsepower is significantly up over the 47PC’s 150hp. Powercat seems to suggest that they might be fast rather than just not having sails. With the lower horsepower they performed more like a trawler. At 9 knots a 47PC was super fuel efficient, but if you wanted to go much faster there is not a lot more to come. With the 51PC click her into gear and she will build momentum to 3-4 knots. Add a few more revs and we are now at 9-10 knots and fuel efficient just before the turbos get going. Up to 15 knots and the fuel economy will drop off, but not drastically so. Every once in a while you will run her up to 20+ knots and the fuel economy will drop off a cliff, but it is nice to have the option. Even so fuel economy is good compared to your normal semi displacement or displacement powerboat. With the stability and space of the catamaran design is what makes them so comfortable and popular.

There is no shortage of space and you will notice the feeling most up on the flybridge. It is vast up there and a great place for taking in the view and well shaded. The enclosure works well to keep out the elements when needed. You do need to roll up the forward sections for anything more than just trawling along. It can get a bit windy up there as the speed increases and the drag caused if the enclosure is not opened is considerable. There is a commanding view all around from the helm. Being at a forward position it is a bit tricky seeing the stern for docking maneuvers and coming in stern too. There is a stern view camera to help down in the main cockpit which gives a good view displayed on the chartplotter. I find with the throttles being on the starboard side of the helm they are closer to the centerline, so you are able to take a couple of steps to one side to check or even looking looking down the stairway to the back corner. Small thing to note and a bit trivial is I am not a fan of the steering wheel. To me it feels like a bigger classier looking wheel would work and feel better on this smart powerful boat. To be fair though you will not tend to handle it too much. In the marina its best to leave centered and maneuver with the engines. Also, until you throttle up a bit the small rudders do not have too much steering effect at slow speeds. Once you are out and cruising you will probably have let the autohelm take over by then anyway.

The swim platform is a stand out feature that is now being incorporated by other manufacturers in new models. The transoms are quite large and high compared to older designs with sugar scoops, so having a platform works well. It also acts instead of davits for the tender. The inboard stern cleats work well for securing it once up and you need to before getting underway. Launching the tender is a joy, tie the painter off first and then lower away and off she floats. Lifting back up and centering on the brackets can be a bit tricky in a rough anchorage or with a current running and can need 2 people to handle.

The rest of the boat does not need much noting. Cabins are laid out in a long running format. The salon/galley is vast like the flybridge and has the forward door leading to the bow and covered seating area. The latest new model Leopards 40, 45 and 50 have moved to a salon aft layout. This is nice but on the 51PC with so many spaces and places to decide on where to sit its quiet nice to have the salon diner a bit more formal sheltered in the corner and take in the views. There is not much not to like and the ability to spec as required or preferred.